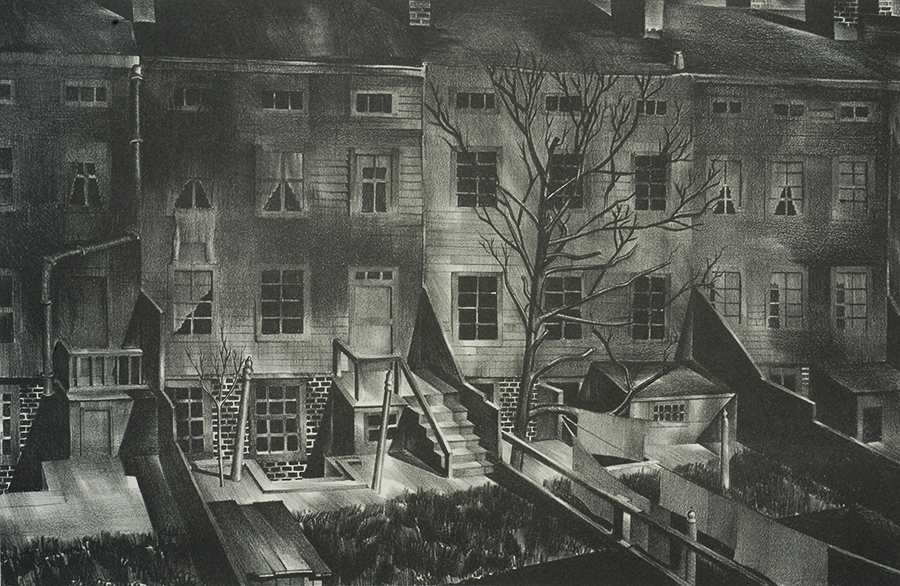 Lithograph, 1932, Stuckey 24, edition 25. 11 3/4 x 16 1/2 in. Signed in pencil and titled below. This is a superb impression of this rare, early print. The margins are full and the condition is excellent. Wengenroth was born in Brooklyn in 1906. He studied at the Art Students League from 1923-27 and later at the Grand Central School of Art with Wayman Adams. He was elected to the National Academy of Design in 1938 and became a full Academician in 1941. This large work was his first recorded lithograph of New York and befittingly, an impression is owned by the Brooklyn Museum.       SOLD