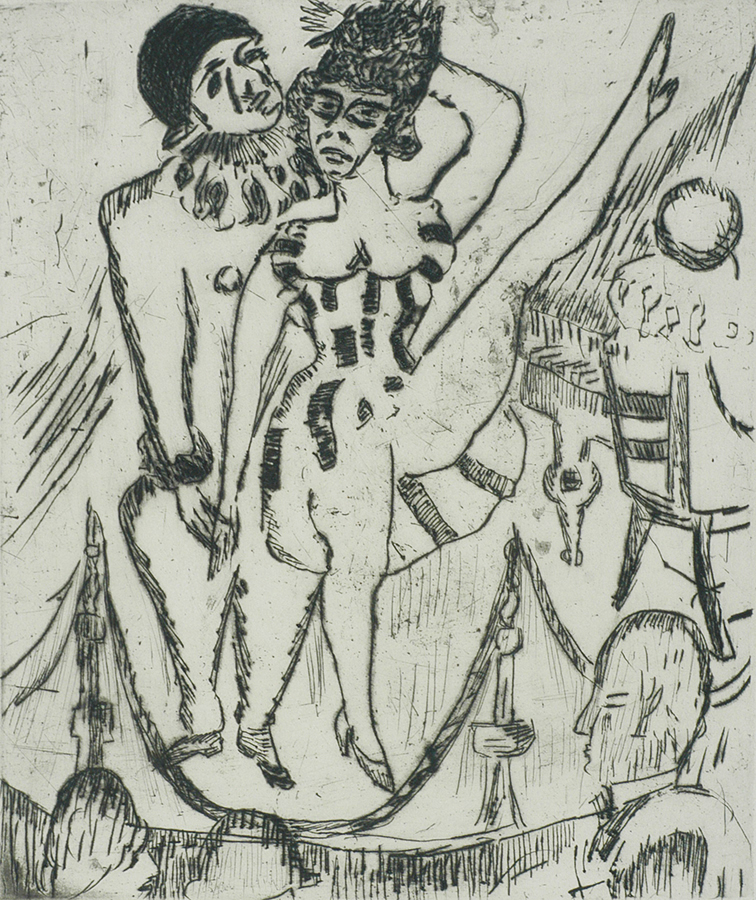 Drypoint, 1924, edition unknown but small. 10 1/4 x 8 1/2 in. Signed and dated in pencil. This is a superb impression printed on a wove paper with an ARCHES watermark. The margins are full and the condition is fine apart from a very faint suggestion of toning within an earlier mat opening. This outstanding print exemplifies the German artistic influence on Wiegers during the 1920s and beyond. He spent time in Davos, Switzerland in 1920-21 and his neighbor was Ernst Ludwig Kirchner. They worked together and became good friends. After returning to Groningen, Wiegers's work flourished in this expressionist style and the movement became known as de Ploeg (the Plow). Other Dutch artists followed in this path including Jan Altink, Johan Dijkstra, Jan van der Zee among others. Works from this early period are rare and few impressions were printed to begin with. Wiegers's important connection to Kirchner is more fully discussed in the following publication, "Ernst Ludwig Kirchner and Friends; Expressionism from the Swiss Alps," by Stutzer, Vitali, et al.(2007). This book accompanied an exhibition by this name in Germany and Holland. (See pages 228-254.)       SOLD