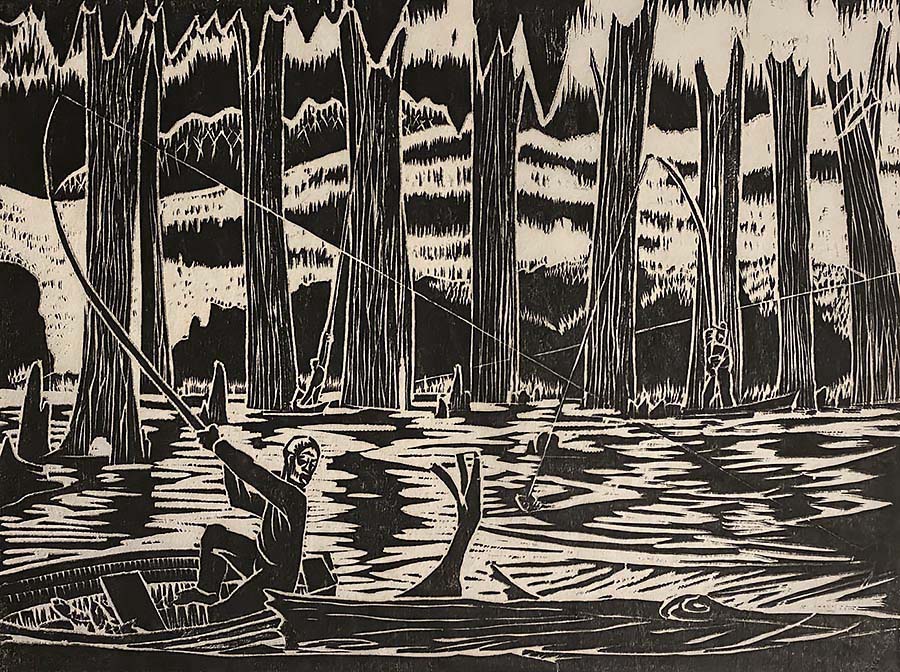 Woodcut, 1971, edition 25. 11 3/4 x 15 3/4 in. Signed, titled, numbered and dated in pencil. This is a fine impression of this rare print. The paper is a thin Japanese and the margins are full. The condition is fine. (There's a small stain in the lower left corner of the margin and a few traces of wrinkles in the margins only.) Jones was born in Lynchburg, VA and was the oldest of twelve siblings. Due to Jim Crow laws, Jones was not able to attend art school in Virginia and instead went to the Art Institute of Chicago to study. He was supported financially as an upcoming artist by the community and studied in Chicago from 1934-36. There he met Charles White and Eldzier Cortor. Jones was active in creating the first black art center in Chicago called the South Side Community Art Center. in 1949, Jones moved to Georgia to start a new art department at Jackson State University. He remained there working until the 1970s.      $3,000