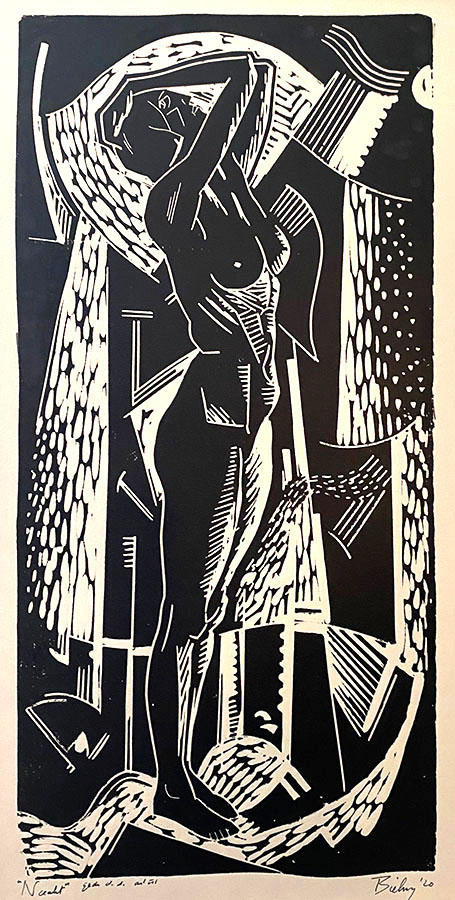 Woodcut (linocut?), 1920, edition unknown. 17 3/4 x 8 5/8 in. Signed, titled and dated in ink. Printed by the artist and so inscribed. This is a superb impression of the large work. The margins are full and the condition is fine. Bieling was a Rotterdam artist who founded an artistic group called "De Branding" (meaning surf or breakers in Dutch). He had connections with art groups including De Stijl and Der Sturm. Bieling was also an organizer of shows which included his work and those by Kurt Schwitters, Piet Mondriaan and many other cutting edge artists. He was an active proponent of modernism in Dutch painting and printmaking during the 1920s and 1930s. Much of his work was lost during a major fire in his studio in 1930.      $1,200