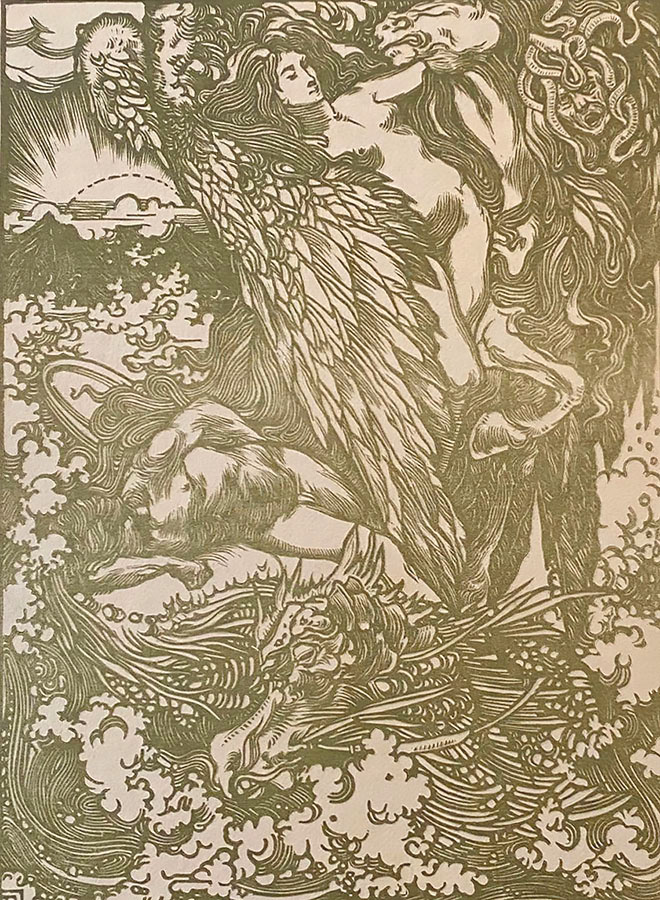 Woodcut, circa 1905, Wielick H77, edition unknown. 9 3/8 x 7 in. Signed in the block with the monogram, lower left. Signed in pencil. This is a very good impression of this rare print. The margins are wide and the condition is fine. We believe this woodcut shows the story of Perseus and Andromeda. Perhaps Aarts showed the head of Medusa and Pegasus just to combine the most important images of the Perseus cycle. In other depictions of the story, Perseus and the head of Medusa are left out. Wielick catalogued this as Perseus and the Head of Medusa and the Rijksmuseum titles their impression as Perseus and Andromeda. Our website shows a similar print which we previously sold, Wielich H-75, titled as Perseus with the Head of Medusa. Aarts was born in the Hague and moved to Amsterdam in 1911 were he became an influencial teacher at the Rijksacademie. (He replaced Pieter Dupont who died prematurely in 1911.)       SOLD