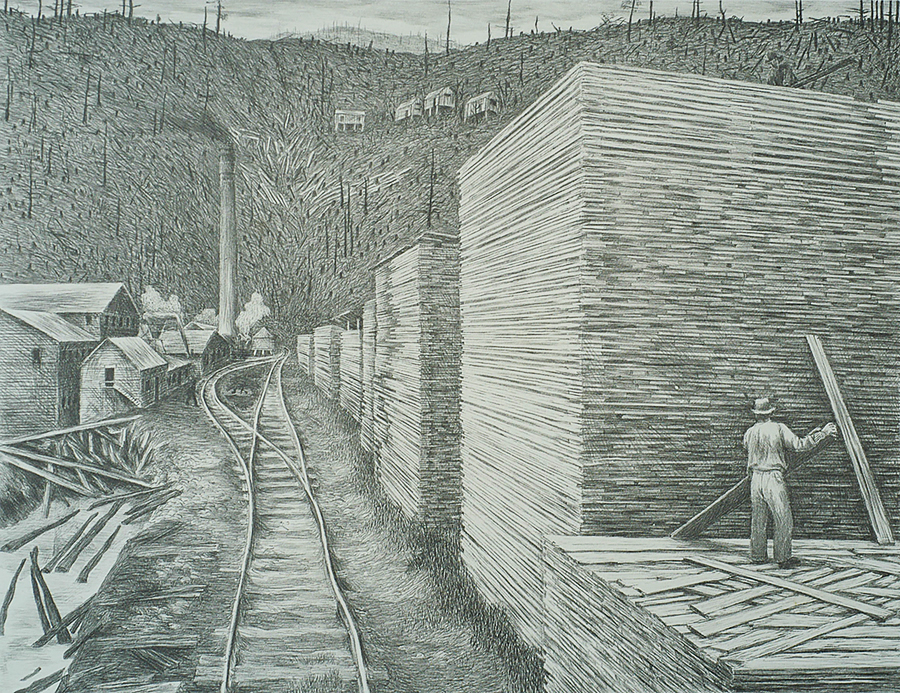 Lithograph, 1935-36, Wien 14, edition unknown. 9 5/8 x 12 1/2 in. Signed and titled in pencil. This is a fine impression of this very rare print. The margins are wide and the condition is very good. (There's some glue residue along the top edge of the sheet from an early mount. There's also a small repaired tear in the lower right margin not affecting the image.) This outstanding work is from her early series called, The Vanishing American Frontier. This series of historical lithographs was created for the Resettlement Administration of FDR. As described by Wien, "This lithograph of deforestation and its implied aftermath - land erosion and river pollution - starkly portrays the consequences of the rapacious appetite of growing America and its subjugation of long-term environmental concerns to the short-term interests of the lumberyards. The ecological subject matter of this lithograph is close to the artist's heart." This print is in the collection of the Crystal Bridges Museum of American Art and the National Gallery in Washington, DC.      SOLD