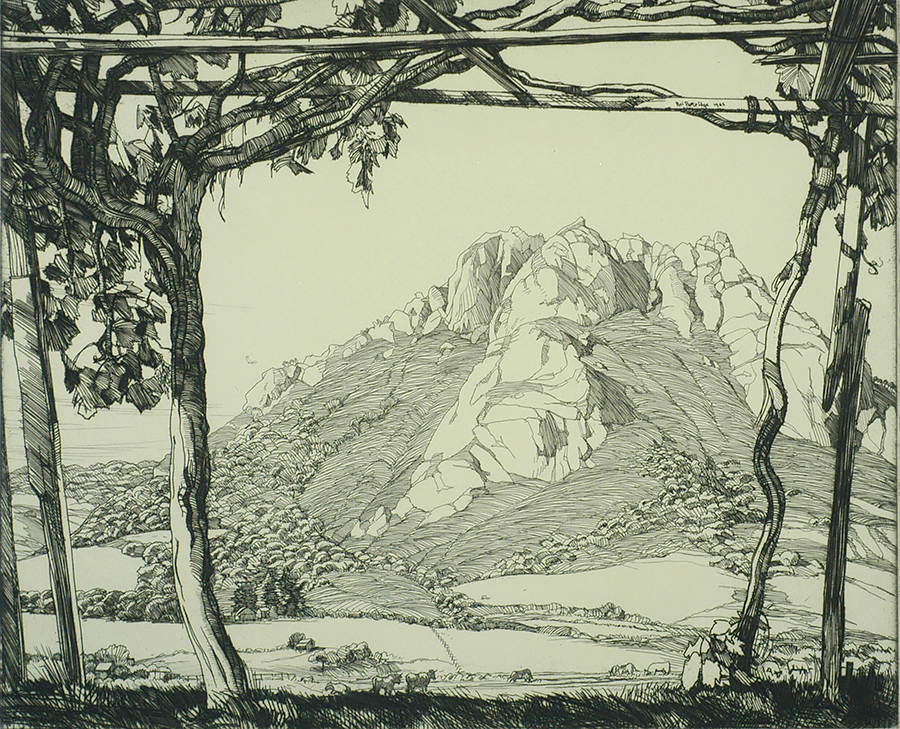 Etching, 1923, White 141 (i/II), edition 92. 9 3/4 x 11 7/8 in. Signed and dated in the plate, upper right. Signed in pencil. Here we have a fine impression printed on a light cream laid paper. The margins are full. The condition is fine apart from traces of small old hinges at the top corners of the margins. Partridge began teaching at Mills College in 1920 and later served as director of their Art Gallery. Forty-two of his etchings were exhibited at the Panama-Pacific International Exhibition in 1915. This stellar print was included in Fine Prints of the Year, 1924. The artist was married to the photographer Imogen Cunningham from 1915 until 1934.      SOLD