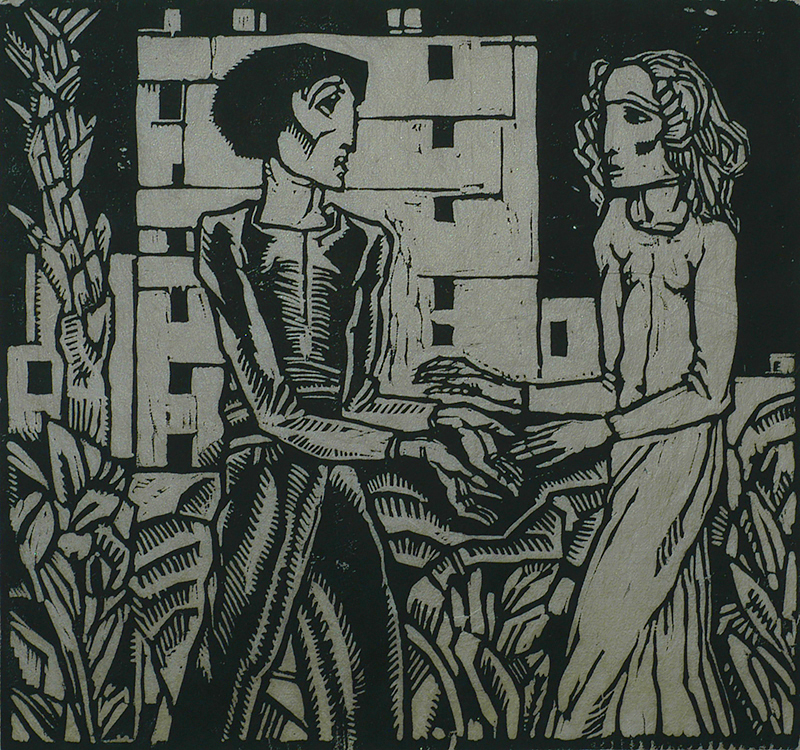 Woodcut, 1920s, edition perhaps 25-50. 7 3/4 x 8 in. Signed in pencil and also signed in red ink with the artist's monogram. This a fine impression printed on thin Japanese paper. The margins are full and the condition is fine. The artist attached the print to a sheet of tan paper at the top corners which created the effect of a nighttime atmosphere. Eekman was born in Brussels and settled in Paris in 1920. He exhibited widely in Europe and was quite friendly with Mondrian and Signac. He was very active as a painter and woodblock artist and also showed his prints in Pittsburgh, Los Angeles, Toronto and Chicago. (There's a wonderful web site which has been organized by the artist's daughter, Luce: nicolaseekman.com.) As seen in the work of Henri van Straten, Victor Delhez and Nicolas Eekman, among others; a macabre, expressionist, and captivating (yet understated) sense of humor often pervades Belgian aesthetics during the 1920s and 1930s. Ensor was an influence on this generation.      $650