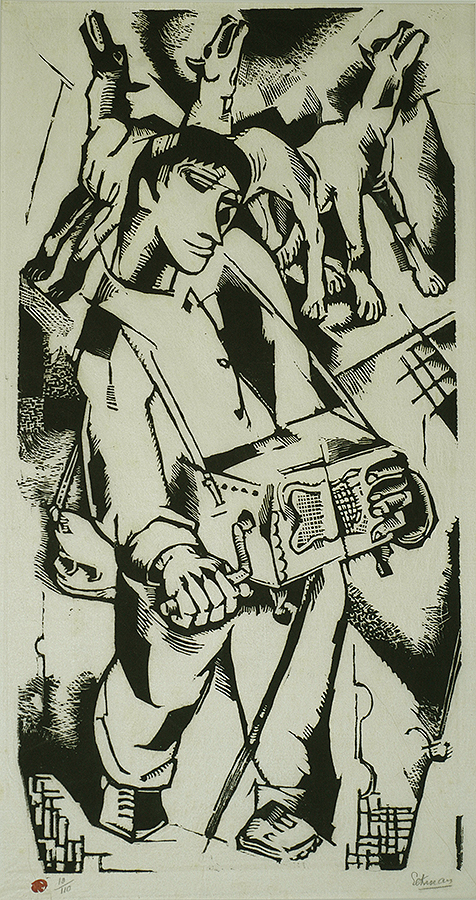 Woodcut, undated (1920s-1930s), edition 110. 16 1/4 x 8 in. Signed and numbered in pencil. Signed in ink with the artist's red monogram stamp. This is a fine impression of this large woodcut printed on very thin Japanese paper. The margins are probably full. The condition is very good apart from four small brown paper hinges at the corners and obscure traces of foxing here and there. Eekman was born in Brussels and settled in Paris in 1920. He exhibited widely in Europe and was quite friendly with Mondrian and Signac. He was very active as a painter and woodblock artist and also showed his prints in Pittsburgh, Los Angeles, Toronto and Chicago. (There's a wonderful web site which has been organized by the artist's daughter, Luce: nicolaseekman.com.) As seen in the work of Henri van Straten, Victor Delhez and Nicolas Eekman, among others, a macabre and thoroughly captivating sense of humor often pervades Belgian aesthetics during the 1920s and 1930s. Ensor was an influence on this generation.      $1,500