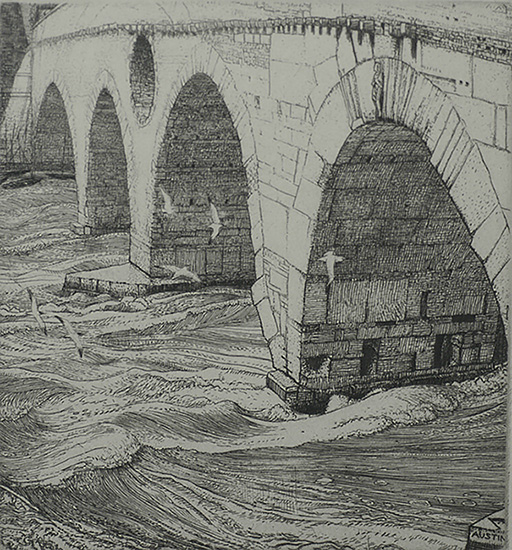 Etching, 1925, Dodgson 56, edition 76. 5 1/8 x 4 3/4 in. Signed in the plate and signed in pencil. This is a fine, rich impression printed on cream laid paper. The margins are full and the condition is fine other than for a faint suggestion of toning within an earlier mat opening. Austin studied with Frank Short and is rightfully considered one of the preeminent printmakers working in England between the wars. He was a master craftsman with the copper plate and was gifted as a figurative artist as well as an etcher of architectural subjects. Austin was the recipient of many rewards throughout his career and his fine work clearly stands the test of time.      $750