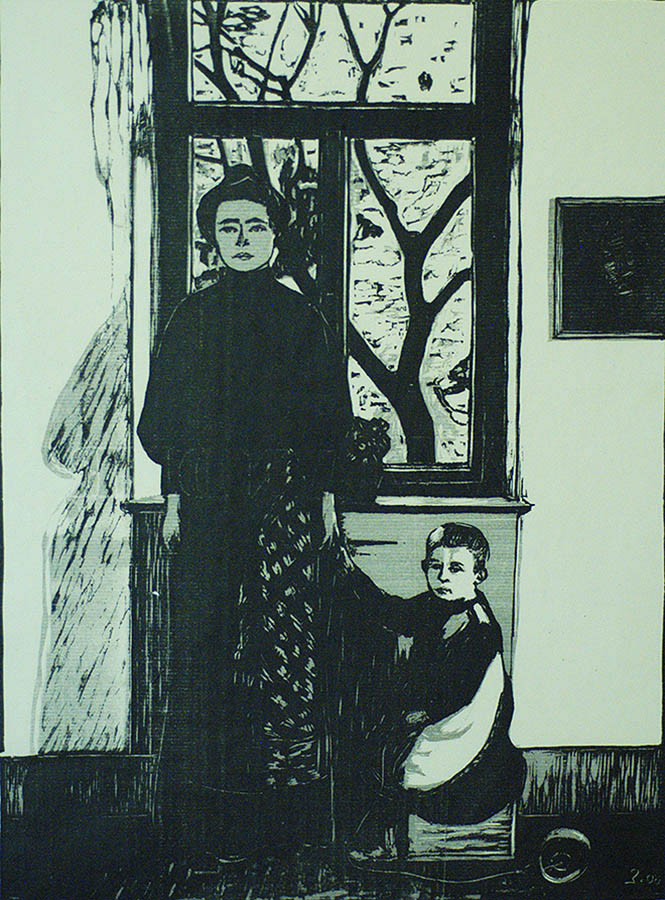 Woodcut printed in colors, 1908, Hagenlocher 83 (ii/II), edition unknown. 13 3/4 x 10 1/16 in. Initialed and dated in the block. Signed, dated and dedicated in pencil. This is a superb impression printed on cream VAN GELDER watermarked paper. The margins are full. The condition is fine apart from just a faint suggestion of light toning within an earlier mat opening. Laage was born in Hamburg and began his printmaking career in 1896. He lived in Paris for many months beginning in 1900 and participated in exhibitions in Vienna and Dresden. He became friendly with Kandinsky, Hans Neumann and Karl Hofer as they exhibited together. Gustave Schiefler published the first catalogue of his woodcuts in 1912 and an article was written about Laage by ER Weiss for Ver Sacrum. Laage is best know for his woodcuts and they range from decidedly expressionist in style to a more realistic approach tinged with stoicism, as seen here. This large, impressive woodcut is one of his most captivating works.      $1,800