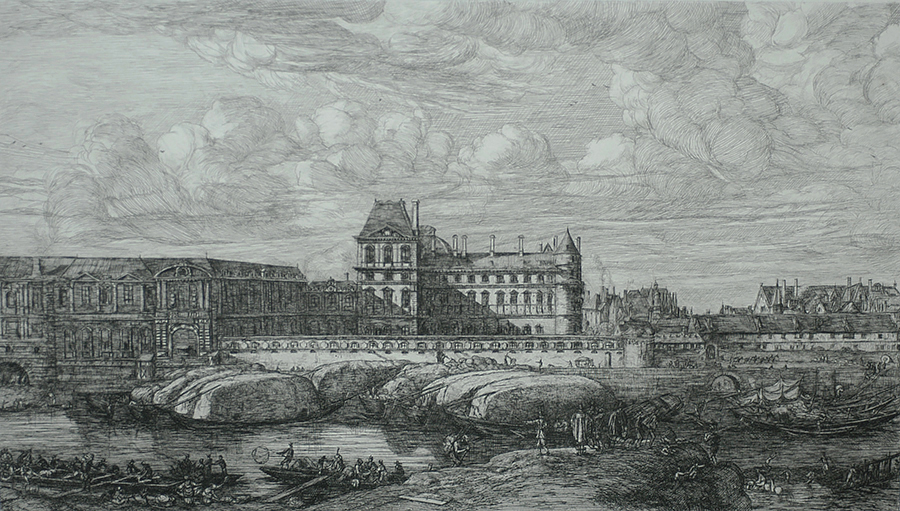 Etching, 1865-66, Schneiderman 96 (v/VI), Delteil-Wright (v/VI); edition unknown. 6 1/2 x 10 1/2 in. Unsigned. This is a fine impression printed on sturdy wove paper. The margins are wide. The condition is very good apart from toning along the top edge, verso, from an early adhesive and minor toning along the extreme bottom edge, verso. According to Delteil/Wright, "Meryon etched this plate from a painting by Zeeman in the Louvre, as a commission from the French Government, shortly before his second and final term in the asylum at Charenton, two years before his death. The etching was done on the back of the cancelled plate of the Petit Pont." This lifetime impression is from the collection of Alfred Morrison (Lugt 151). Morrison (1821-1897) was a prominent collector of his time.      SOLD