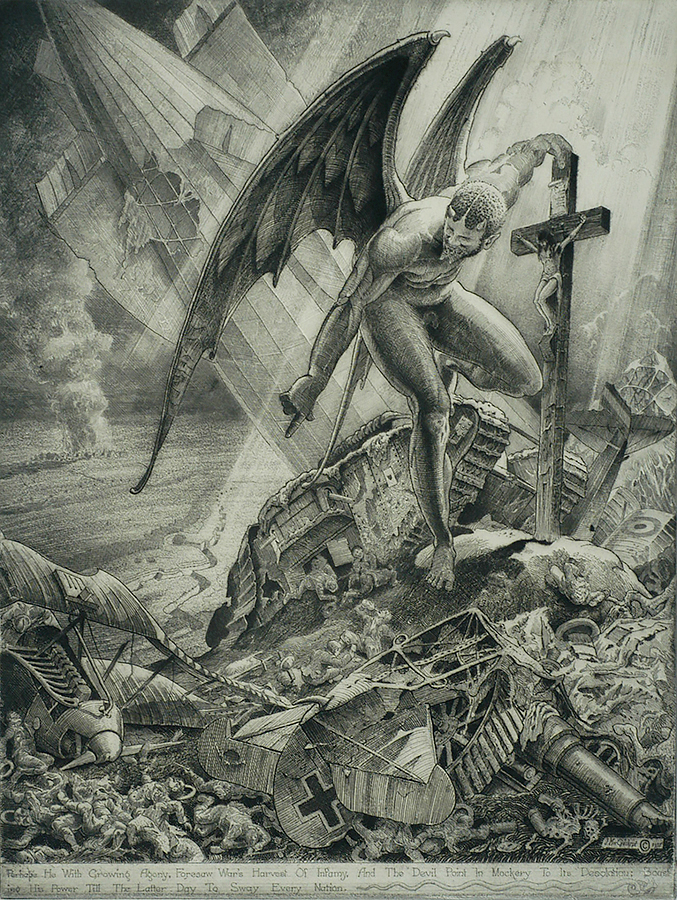 Etching, 1932, edition 100. 12 1/2 x 9 3/8 in. Signed and dated in the plate, lower right. Signed, numbered and titled in pencil. This is a fine impression printed on cream wove paper. The margins are full and the condition is very good. (There's just a very faint suggestion of toning within an earlier mat opening.) MacGilchrist was born in Scotland and came to the US for a degree in architecture. He returned to his home country during WWI and ended up on the Western Front in France where he became a balloon pilot-observer. He returned to the US after the war and flourished in the 1920s as an etcher of aviation subjects. He remained here until his death in 1977. This compelling, highly detailed print makes a bold statement about the horrors of war and the battle of good versus evil.      SOLD