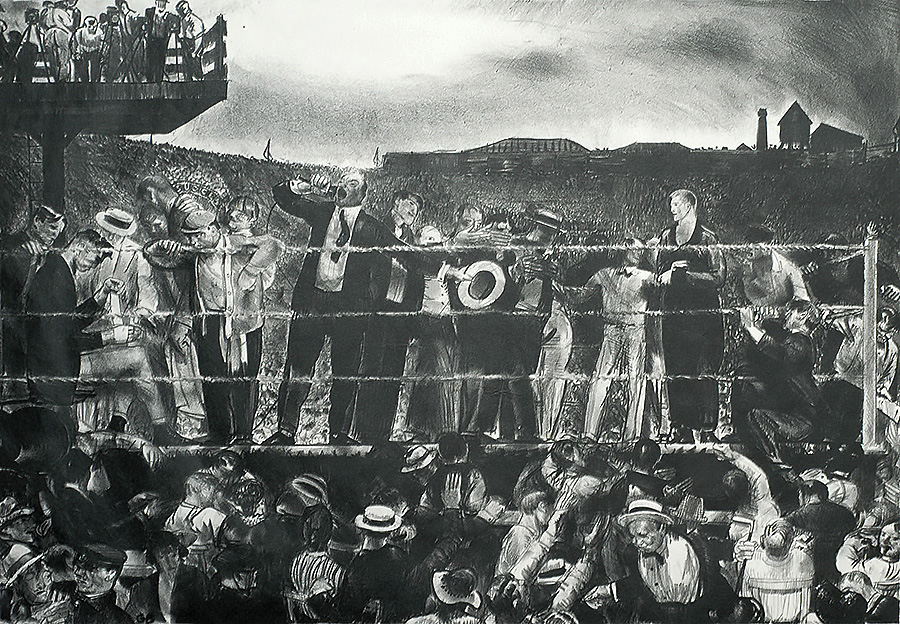 Lithograph, 1921, Mason 98, edition 50. 14 1/2 x 20 7/8 in. Signed in pencil. Signed by the printer, Bolton Brown. This is a superb impression on china paper in very good condition. There's just a slight trace of toning along the edge of an early mat opening and occasional minor wrinkles in the margins. The sheet is probably full and untrimmed. This great composition is combined with a multitude of figures and faces to create an exceptional print. The subject is a fight on July 2, 1921, between Carpentier and Jack Dempsey in Jersey City. It was the first million dollar gate, according to Mason, and the excitement of the moment is clearly captured by Bellows.       SOLD