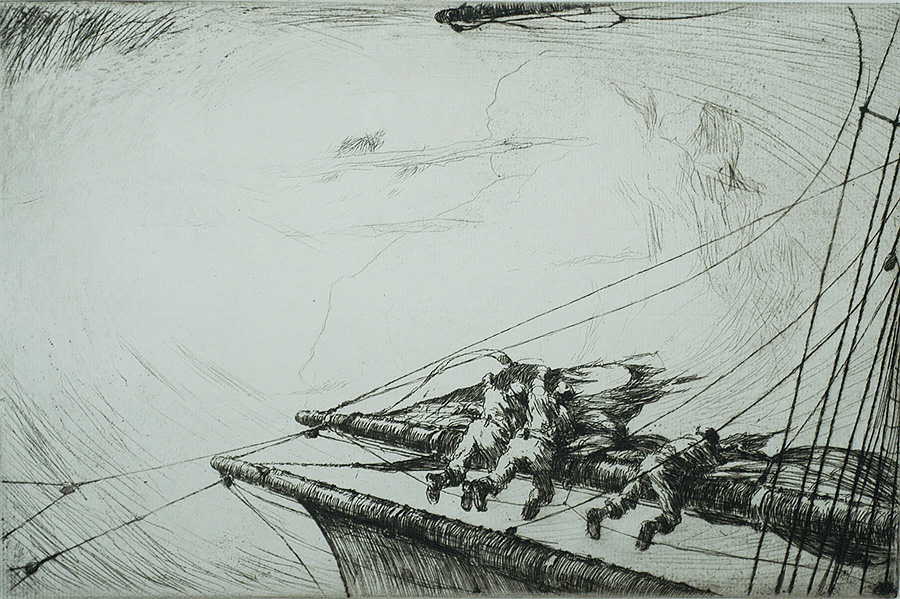 Etching, 1924, Laver 22, Hurst 94; edition 75. 7 7/8 x 11 7/8 in. Signed and numbered in ink. Here we have a fine impression with full margins. The condition is fine other than for a very faint suggestion of light toning within an earlier mat opening. This dramatic, early print was very well received when it was made in 1924. Briscoe's thorough knowledge of ships and life at sea helped to solidify his reputation as the preeminent British maritime etcher of the 20th century.      $1,200