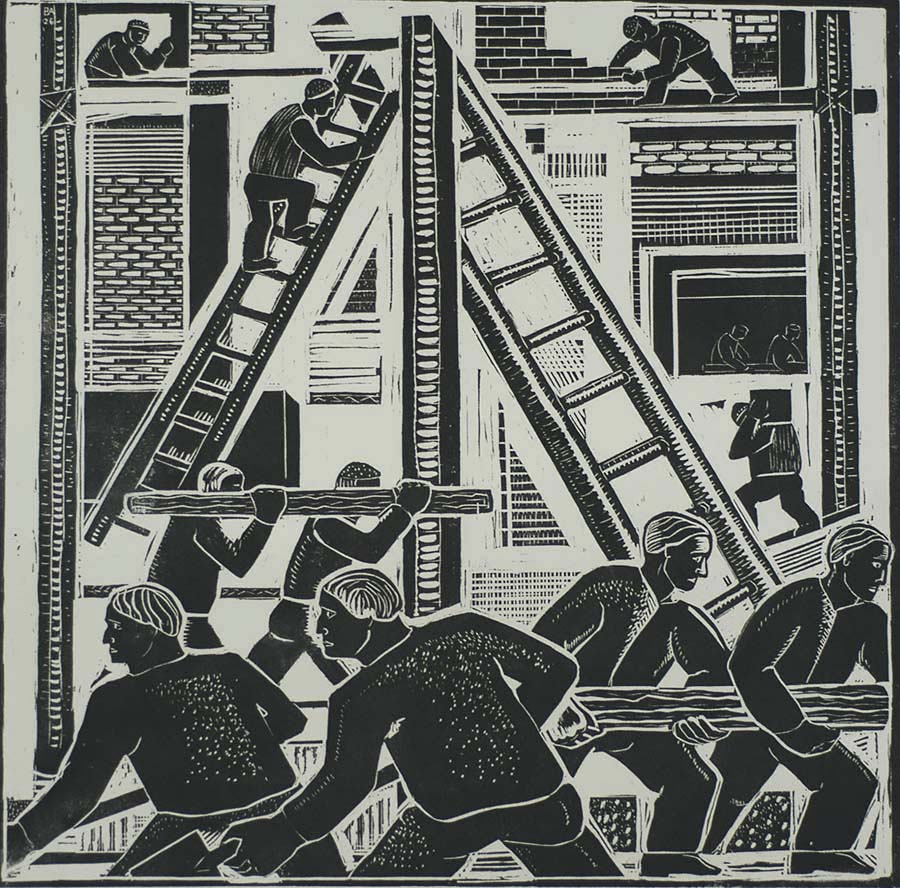 Linocut, 1926, edition unknown. 16 1/4 x 16 5/8 in. Signed and dated in the block, upper left corner. Signed and titled in pencil and also inscribed "No.2". This is a fine impression printed on heavy laid paper with wide margins. The condition is fine. This large, early work by Alma epitomizes his interest in workers and their rights. This is, in many ways, a Dutch equivalent to the American WPA print with all its connotations. Alma studied in the Hague and moved to Paris when he was only twenty. There he met Mondrian and Lodewijk Schelfhout who shared a studio. He studied in Paris at the Académie Humbert (1907-1914). Alma was greatly influenced by the Russian Revolution having joined the Communist Party in 1919 and then visiting Moscow in 1921. There he met with Kandinsky, El Lissitsky, and others. A major retrospective of his work was held at the Stedelijk Museum in 1960. This museum was also the home of his first retrospective held in 1924.      SOLD